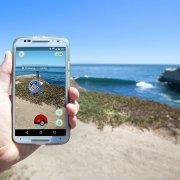 One of the exciting things about out-of-home (OOH) advertising is that it is capable of endless development, reinvention and revolution. Whilst, for example, online represented a threat to print media, OOH has embraced the potential for merging the worlds of online and offline. The same is true with mobile, digital, the Internet of Things (IoT) and a whole host of tech innovations.

One of the aforementioned tech innovations that we can expect to hear much more from in 2018 is Augmented Reality, or AR. Two of the most widely known and used applications of Augmented Reality are Pokemon hunting (as pictured above) and Snapchat.

Let’s take a look at how AR can shape the future of OOH.

AR is about “creating the illusion that virtual objects are placed in the physical world”, according to Apple’s ARKit development team.

ARKit has been used to create virtual storybooks that can be overlaid onto real world scenes that can be explored from any angle, and has been used by IKEA to help you redesign your living room by trying out virtual furniture in your home.

AR is not to be confused with Virtual Reality (VR), which is a totally immersive experience where the real world is completely shut out.

This distinction shows why it is AR that looks set to revolutionise out-of-home advertising; AR allows marketers to merge dynamic creative content with the outside world. This a powerful way of combining the physicality of the OOH environment with the dynamism of digital content.

AR has been used in Outdoor advertising for a few years now.

The 2014 Pepsi Max “Unbelievable” bus shelter campaign was a high profile example of how AR can be used in Outdoor advertising; its promo video became YouTube’s most viewed ad campaign at the time.

In 2016 the NHS launched a groundbreaking AR billboard campaign which allowed audiences to virtually give blood to a patient and witness the life-saving effects. 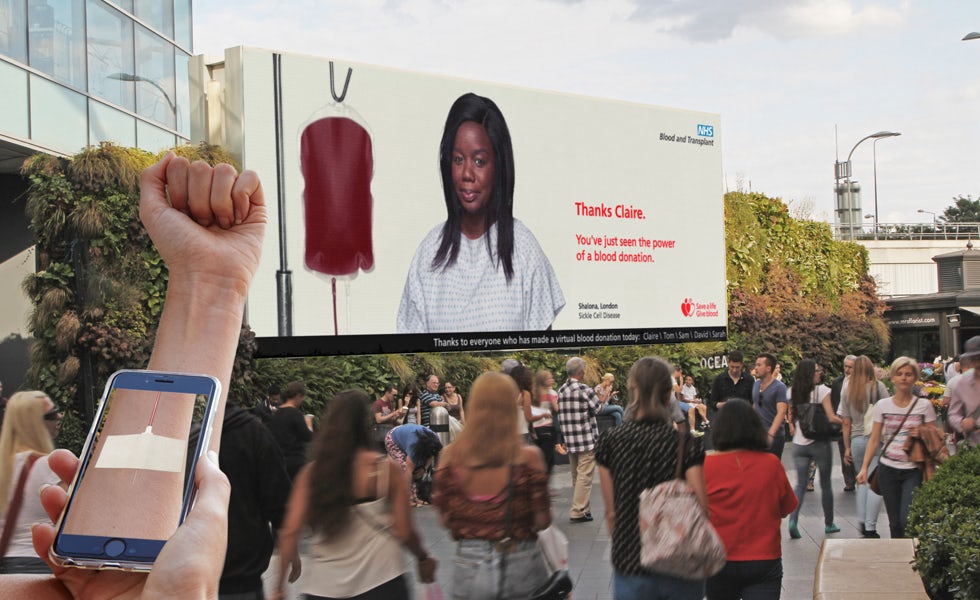 The AR market is predicted to be worth around $90 billion by 2020, and a majority of American consumers saw the positive benefits of integrating AR and the Internet of Things (IoT) into their daily lives; 62% saw the benefits for shopping, which is encouraging for OOH marketers!

There are over 1300 AR startups listed on Angel List at the time of writing, with an average $5 million valuation. This indicates that we are set to see an explosion in AR-related products which will help to nudge AR even further into the mainstream.

One of the interesting things about the future of AR in OOH is how it can transform the medium by telescoping traditional OOH infrastructure into a mobile device. Rather than having a physical billboard that has to be built into the environment and rented by a media buyer, the whole world is a potential billboard. If you want to turn Big Ben into a giant promotional poster, you’ll be able to do so… without the pesky planning permission, such a feat would traditionally entail!

Companies like Blippar are already putting this kind of approach into action with features such as their face recognition tech which can be used to look up famous faces by scanning magazine pages, as well as car recognition functionality for the automotive inclined.

We’re still a little way off from people walking around in a constant AR daze, but nonetheless, the future will certainly involve more brands encouraging audiences to download AR apps to enter a dynamic, digital world.

At the moment, most AR take-up is from big hitters with the kind of advertising budgets that can easily allow for such digital innovation. The future of AR will certainly involve making this tech more accessible for small companies and startups, just as it is becoming increasingly affordable for SMEs to take out digital OOH ad space.

Zappar offer a DIY AR design service for around £82 per month which offers a lot of innovative features, although it would be useful to have one-off purchase options to allow marketers to use it on an ad-hoc basis.

Smart Cities are about linking up the civic with the commercial and creating an integration of online, digital and mobile tech with the urban environment.

In the same way that ad spaces have been used to provide features like benches, shelters and access ramps, one can imagine the integration of AR into this mix as well. It would be a great way for this fledgling tech to piggyback off of existing infrastructure, and to create an even more immersive experience for consumers.

It would be wrong to see AR as replacing existing OOH ad formats in the future. Brands will still book billboards, but it will be commonplace for these to be complemented by overlays, in the same way as it is commonplace to integrate QR codes and NFC tech.

Zappar are currently pioneering this approach; their One Direction AR poster is a great example of integrating AR with static media. They’re even trying to coin the verb “to zap” to describe AR experiences. Could this be the next “to Google”? Only the future will tell. 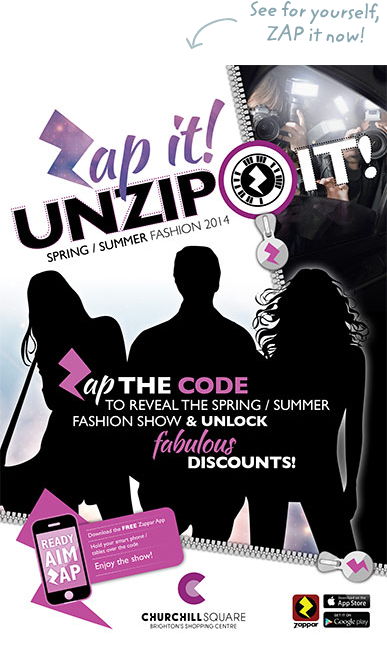